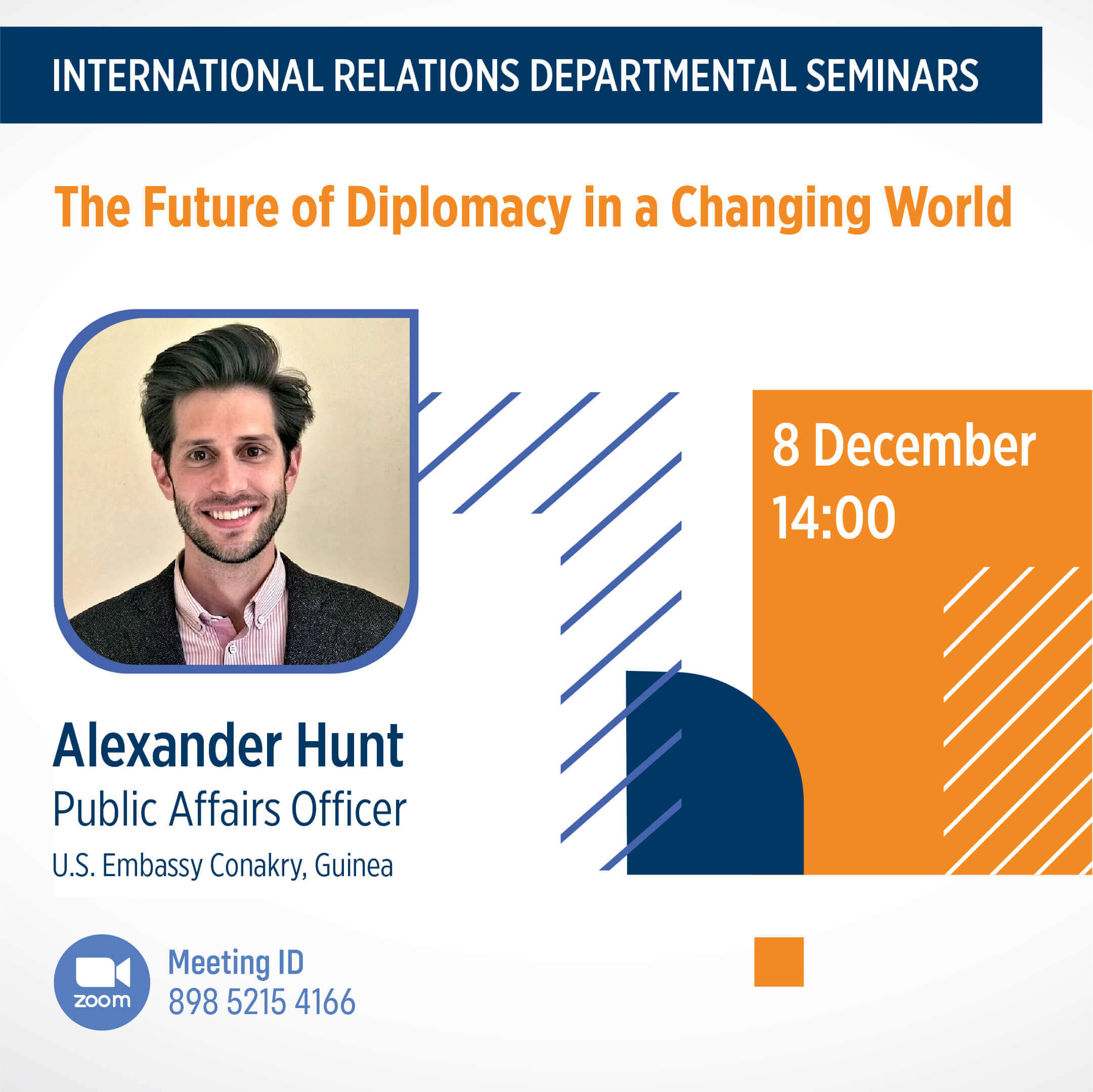 Konuşmacı Hakkında: Alexander Hunt assumed his role as Public Affairs Officer at U.S. Embassy Conakry, Guinea, in 2022 following assignments in Mumbai, India, and Quito, Ecuador.  He joined the Foreign Service in 2016 after spending five years overseas, mostly in India. In that country, he managed an international exchange program, consulted for UNESCO, worked as a marketing strategist for a think tank, and taught world languages to foreign diplomats serving in Delhi. He previously worked as a buyer and marketing director for a French art and antiques import company. Alexander holds a bachelors in French and European Studies from the University of Arkansas and received a bachelors in piano performance from conservatories in Russia and Italy. He earned his masters in International Relations and European Studies from Central European University in Budapest, Hungary.  He speaks French, Italian, Spanish, Russian, and Hindi.