Presentation Summary: Persuasive messages associated with non-credible sources generally do not bring about much persuasion in response and may be regarded as ineffective influence attempts. Decades of research on the sleeper effect, however, suggests that it would be misleading to reach that conclusion without measuring attitudes down the line again. Thus, attitudes formed or changed in response to a message may change over time as a function of what people recall and forget in the long run. There is ample evidence showing that people are not very good at remembering the original context of things that they learn. Consequently, it is possible that they may continue to remember the message well but have a hard time remembering its source. This suggests that people may become persuaded by messages that they discounted earlier. In a meta-analytic review of the relevant literature, Kumkale and Albarracín (2004) verified the existence of the sleeper effect in persuasion. Based on the findings of this meta-analysis and the results of a series of experiments, I will present  an accessibility and diagnosticity explanation of the sleeper effect today. In addition to identifying further moderators of the sleeper effect, the present framework allows us to identify a new type of sleeper effect that may change the way the effect is conceptualized: Thus far, the sleeper effect has always been considered as a possibility for messages associated with non-credible sources. In this line of research, we show that the sleeper effect can take place for messages associated with credible sources as well.

BIO: Dr. Kumkale is a social psychologist whose primary research interests are in the areas of attitudes, persuasion, and behavior change. He received his PhD in Social Psychology from the University of Florida in 2004, and then pursued post-doctoral work at Duke University between 2004-2006. Since 2006, he has been a faculty member in the Department of Psychology at Koç University.  He received a Distinguished Young Scientist Award from the Turkish National Academy of Sciences in 2010 for his research on attitudes and persuasion. Currently, Dr. Kumkale and his students pursue applications related to health communication and behavior in problem domains such as organ donation, cancer screening, and hand-hygiene compliance in medical settings. In all these problem domains, Dr. Kumkale and his students are trying to uncover complex interactions among relevant personality attributes using data-mining algorithms with the ultimate goal of developing more appropriate strategies for intervention and message design.

Presentation summary: Which women engage in cancer screenings, and which women avoid such tests?    Blending  social psychology and public health, this talk attempts to answer these questions and untangle the complex web of factors involved in health behaviors .  Here I examine cancer screening in the  United States, a country where screening is the norm, and Turkey, a nation where few women engage in these health protective behaviors.  Going beyond demographics, I investigate  individual differences, norms, and other mechanisms important in women's screening behaviors.  After identifying these "modifiable" factors affecting cancer screening, I discuss opportunities for application and extension into other health domains.

Bio: Celia Naivar Şen received her BS in Psychology and BA in Plan II from the University of Texas at Austin.  After working for the American Cancer Society, she completed her MPH  from the University of Texas School of Public Health with a global health concentration.  She will complete her PhD in Social Psychology at Koç University in May 2015.  During her doctoral studies, she has co-designed the nationally representative Health Protective Behaviors in Turkey Survey (N = 3021), developed a successful intervention at Amerikan Hastanesi, and presented at multiple international conferences.

Bio: I developed my present research interests early in my education as a psychology undergraduate student. At San Francisco State University I was a student of Professor Ben-Zeev who conducted research on stereotype threat. I soon became interested in group membership and its effects on inter-group attitudes and behavior. I chose to complete my master’s degree in social and organizational psychology at the School of Psychology, University of Exeter, UK. At that time researchers at Exeter, including Alex Haslam, Jolanda Jetten, Michelle Ryan, focused strongly on social identity theory and self-categorization theory, hence it was an ideal place to study group psychology. After completing my master’s degree, I developed ideas in the area of stereotype threat and leadership for PhD study. I was fortunate that the University of Exeter is host to one of the very few leadership research centers across Europe where I applied to and completed my PhD. Currently I am a post-doctoral researcher at Sabanci University. I work with
Professor Mahmut Bayazit on gender and leadership research.

Arzu Aydınlı, Ph. D. Candidate: It`s More Than You Can Tell: The Implicit Side Of Helping

Presentation Summary: Helping happens every day and everywhere. Newspapers are full of stories about “helping hands”, about heroic acts of individuals, and collective helping movements. For instance, Turkey in 1999: hundreds of people rushed into the earthquake area to save lives; the USA in 2005: donations and volunteers were able to help thousands of individuals who suffered from Hurricane Katrina; or China in 2008: hundreds of volunteers cooked for earthquake victims.
These reports describe events in different places, at different times, and with different people, but they are all about the same act: Helping. But why do people help? And are the reasons or motives to help always the same, regardless of the type of helping, and regardless of who is helping? One way to find out would be to simply ask those who actually help; ask them to tell us their story of why they help. But would they really know and be able to tell the whole story? To provide an answer, I examined both the effects on self-reported (i.e., conscious)  and implicit (i.e., unconscious) helping motivation to predict different types of helping (i.e.,  spontaneous vs. planned helping, and helping close targets vs. helping strangers), and moreover tested whether these motivational antecedents are affected by culture and parenthood. Data were collected from Dutch panel members, Dutch university students, and adults from the USA, Turkey, and Germany. Results overall show that - beyond self-reported motivation - also implicit helping motivation can predict helping, depending on the type of helping and depending on who is helping. Findings therefore substantially extend previous research, and provide a more advanced understanding for motivational antecedents of helping, as they indicate that the story about motives to help is “more than you can tell”.

Bio: Arzu Aydinli obtained her M.A. degree in Psychology from Eberhard-Karls University, Tuebingen (Germany), where she was working on mood effects on persuasive message processing. She is currently enrolled in a joint doctorate program between Tilburg University (the Netherlands) and Koç University (Istanbul, Turkey) and recently submitted her thesis. She is expected to defend her thesis and to obtain her degree in June 2015. Her research interest revolves around identifying motivational pathways leading to helping and volunteering, from a cross-cultural perspective. Moreover, she is interested in studying ethnic identity, acculturation, biculturalism and leadership.

Presentation Summary: Metacognitive evaluations refer to the processes by which people assess their own cognitive operations and decisions. Although much is known about social influences on decision making, it is largely unknown how susceptible metacognitive evaluations of those decisions are to social input. I will first present data from two behavioral experiments with which we investigated whether non-verbal social signals (i.e. gaze) involuntarily impact metacognitive evaluations. In both experiments the participants performed a perceptual decision task, which was followed by the presentation a face randomly gazing towards or away from the response chosen by the participant. Participants then provided a metacognitive evaluation of their response by rating their confidence in their response. The results of the two experiments together strongly suggest a susceptibility of metacognitive evaluations to non-verbal social information, even when the information is unreliable and presented implicitly. In the second part of my talk I will present preliminary results of a recent fMRI (functional magnetic resonance imaging) study which showed that one's level of confidence after a perceptual decision affects the neural processing of subsequent social input. I will discuss these results in terms of the role of metacognition in social learning and epistemic vigilance.
Bio: Following her BA in Psychology at Koc University, Terry Eskenazi has obtained her MSc degree in Social Psychology at the London School of Economics. In the following years she worked at the University of Birmingham studying cognitive impairments in neuropsychological patients with brain lesions. She then completed her PhD in Social Cognitive Neuroscience at the Donders Institute of Brain, Cognition and Behavior in the Netherlands, studying neural and cognitive mechanisms that support observing and acting with other individuals. She is currently working as a post-doctoral research fellow at the LNC (Laboratoire de Neurosciences Cognitives) at Ecole Normale Supérieure, Paris. Her current research concerns the neurocognitive mechanisms subtending social influences on decision making and metacognitive evaluations.

Bio: Dr. Gökçe received her BA degree in Psychology from Istanbul Bilgi University in 2008. She completed her M.S. in Neuro-Cognitive Psychology at Ludwig-Maximilians-Universität (LMU) München in 2010 and Ph.D. at the Chair of Experimental Psychology at LMU in 2013. Since then, she continues to work as a post-doctoral research fellow in the same department. Her research interests mainly focus on visual attention and the relationship between attention and memory as well as representations of items in spatial memory. She has publications in peer-reviewed journals in addition to conference proceedings at international conferences.

Dr. Büyüktürkoğlu graduated from METU Department of Psychology bachelors program in 1999 and Ankara University Social Psychology MA program in 2004. He started his doctoral studies at Ankara University School of Health Sciences Interdisciplinary Neurosciences Program in 2010. His scientific studies on the use of brain-computer interfaces for real time imaging in various neurological and psychiatric disorders via fMRI, fNIRS and EEG methods led to the completion of his Ph.D. at Max Planck Research School, Graduate School of Neural and Behavioral Sciences, Tubingen University in 2014. He was also the founder of Altınokta Rehabilitation Center for the Blind and CSM Digital Music Recording Studios. 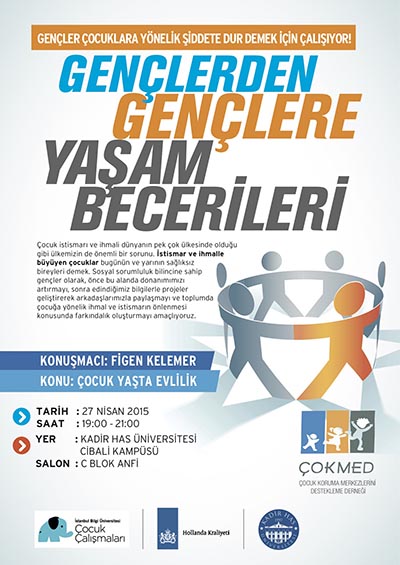 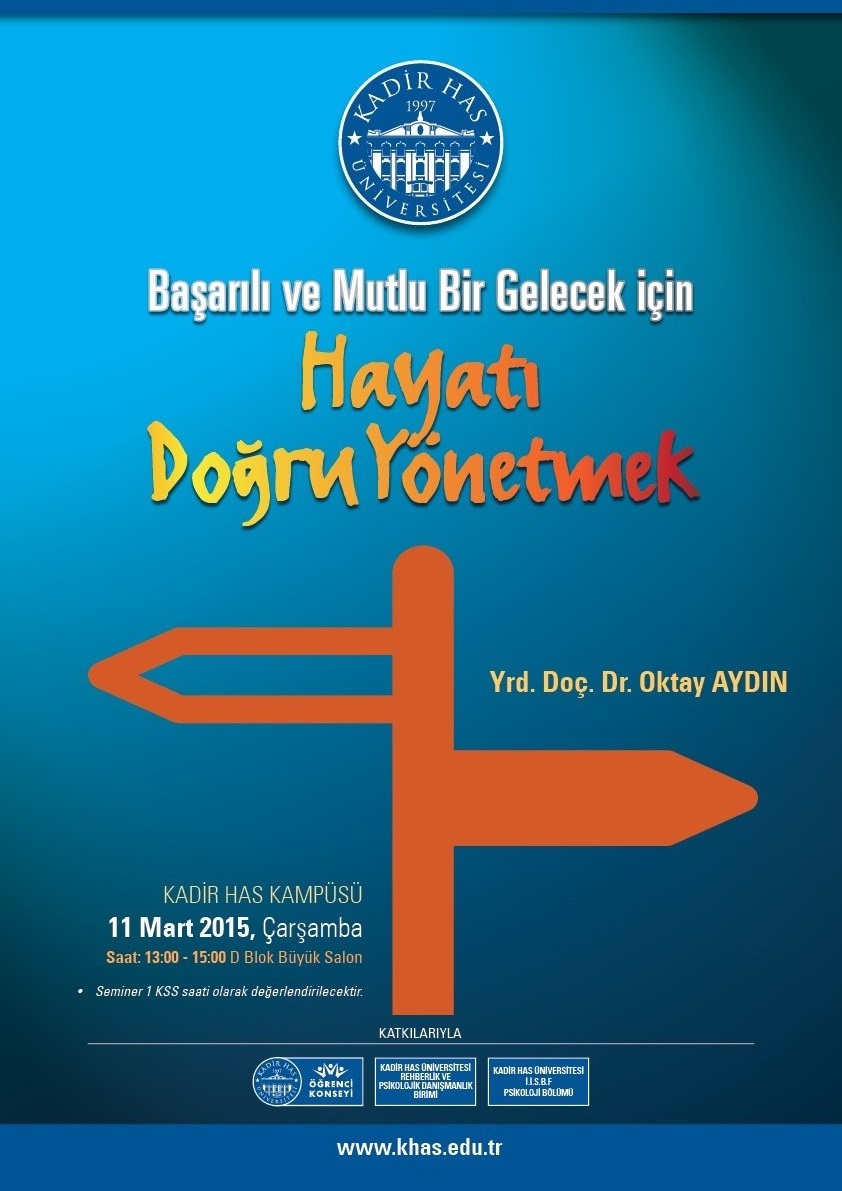 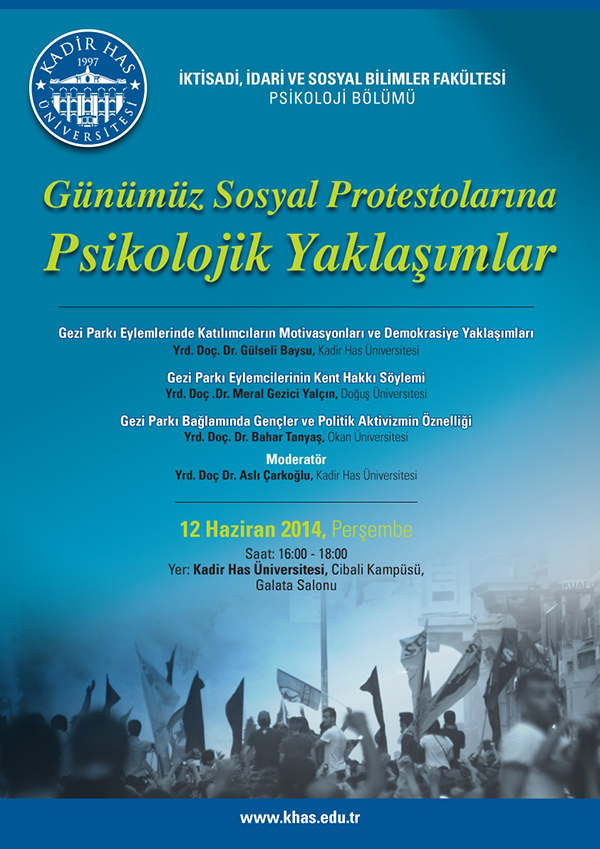 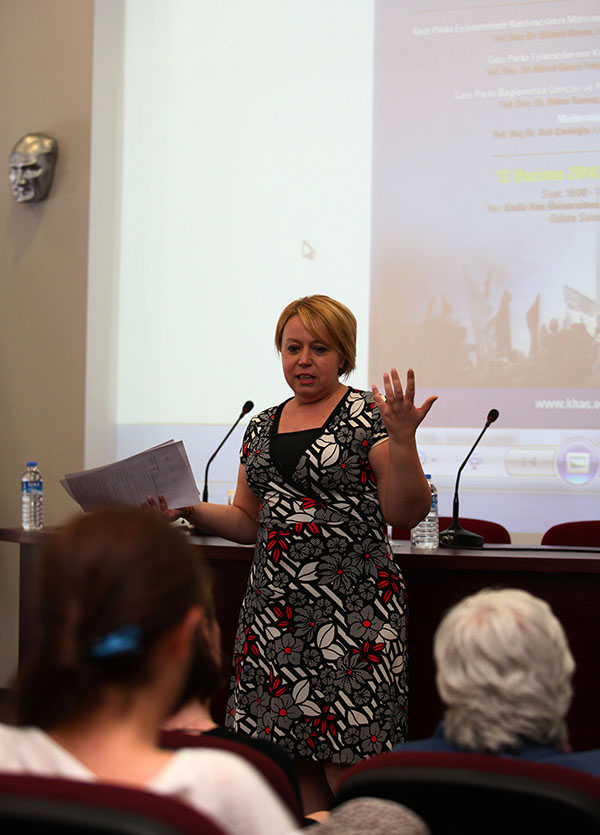 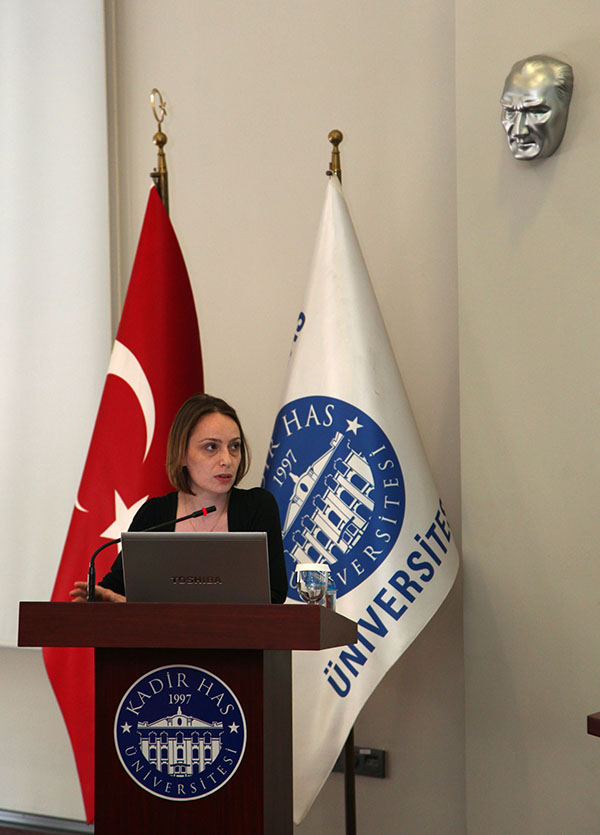 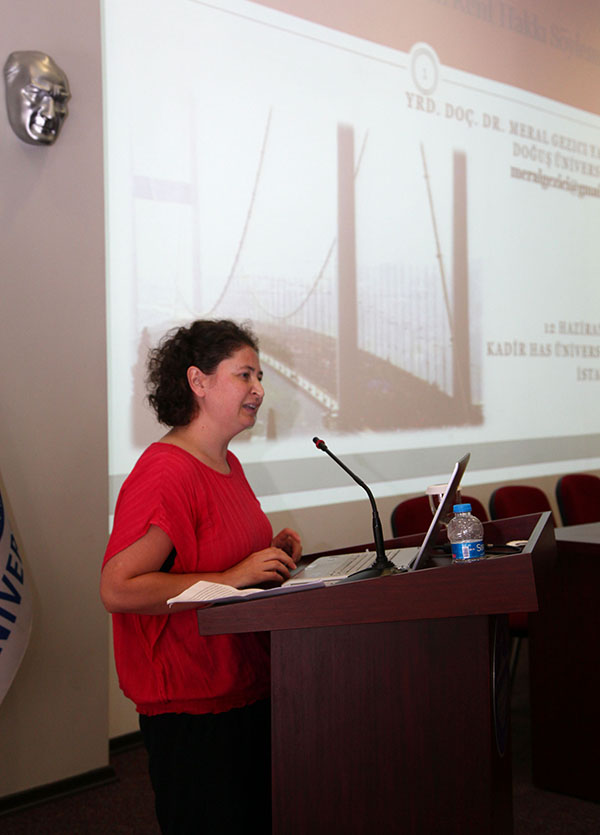 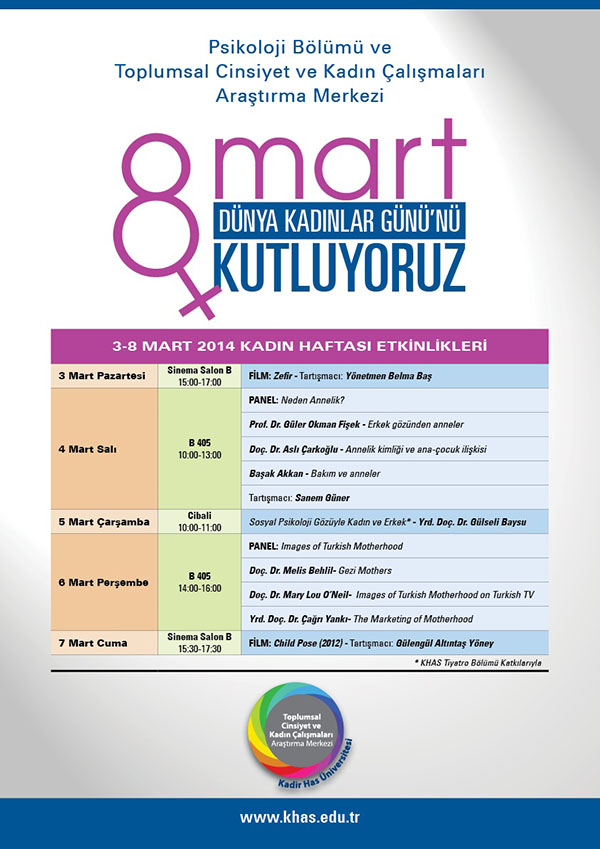 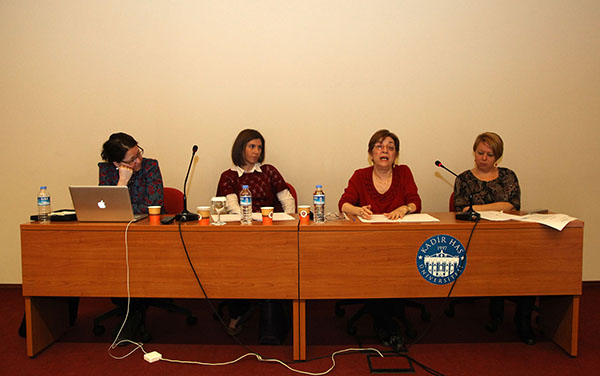