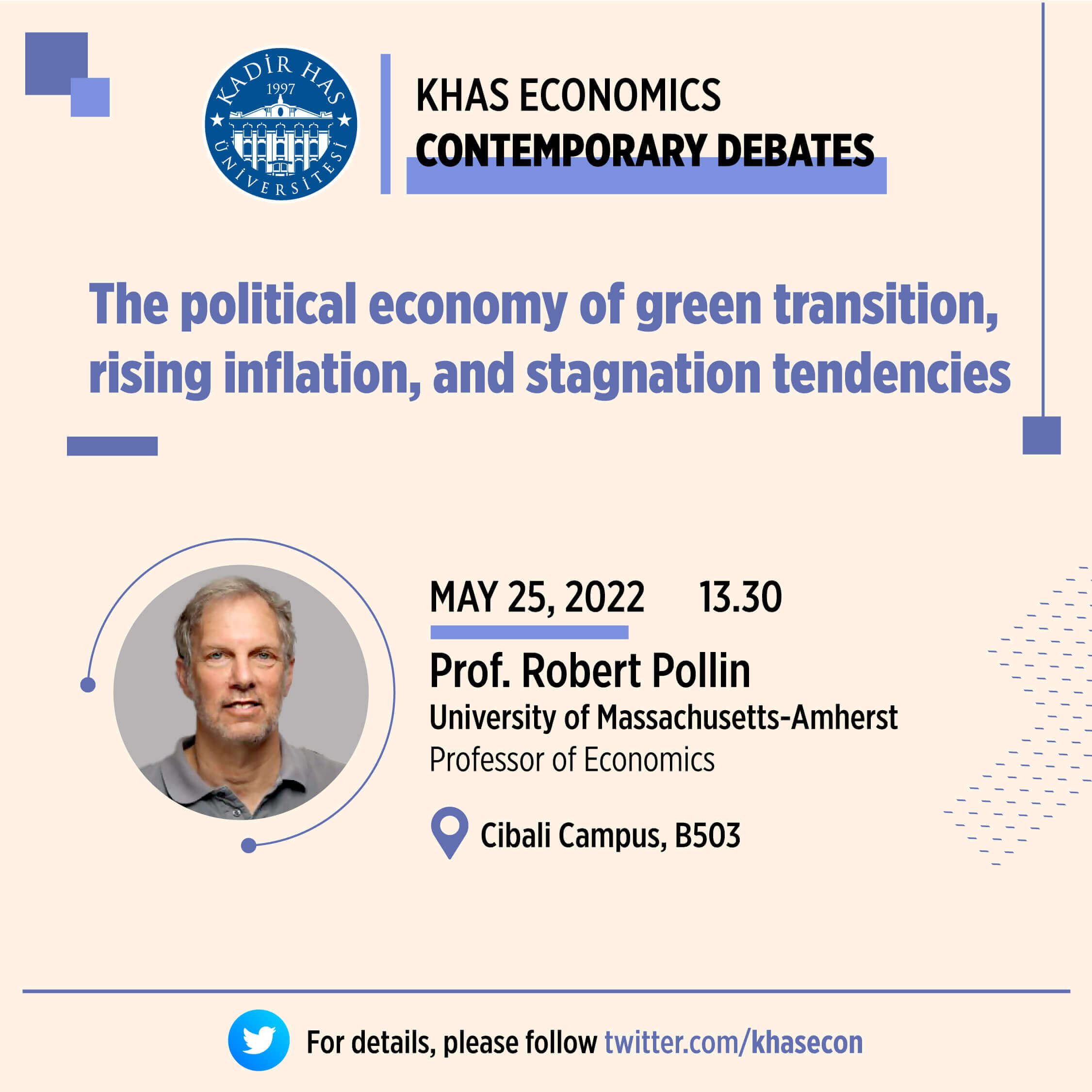 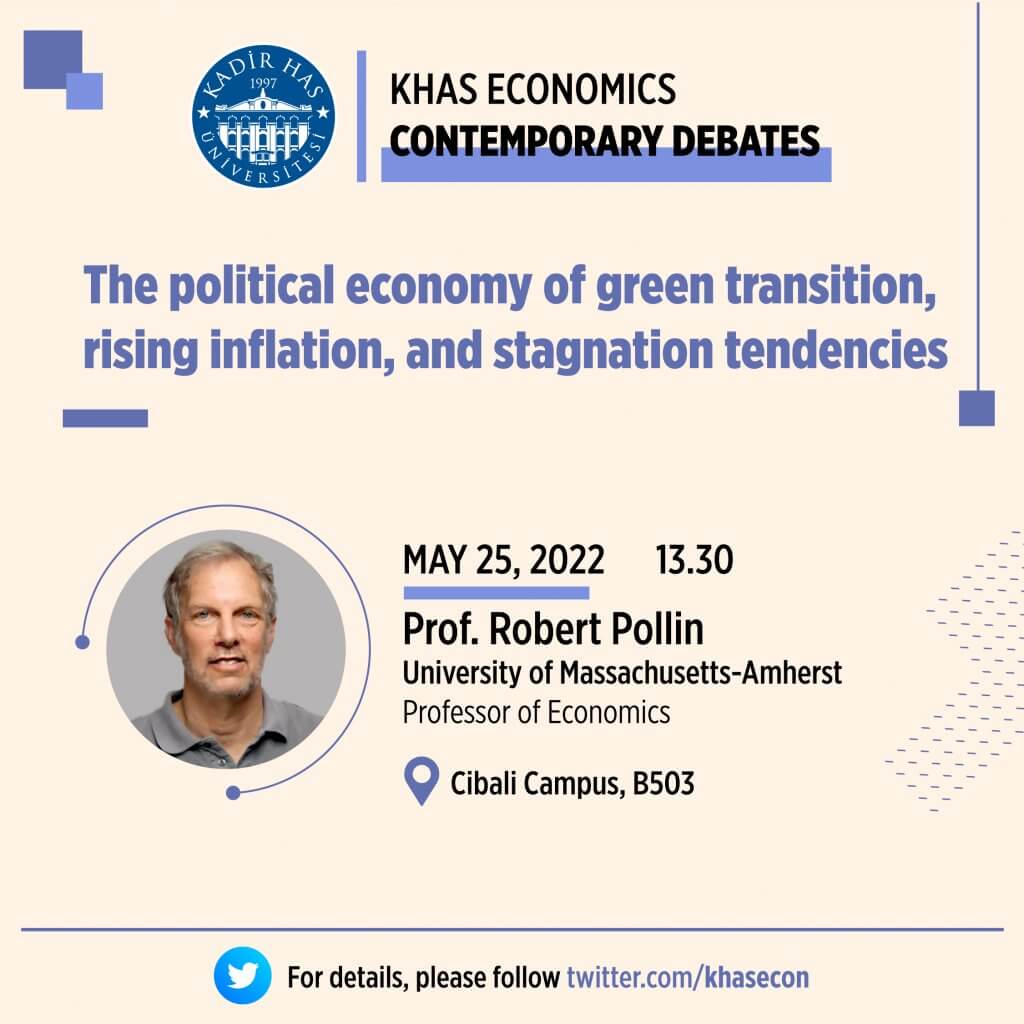 Prof. Dr. Robert Pollin from University of Massachusetts-Amherst will be the next guest of Contemporary Debates, organized by Kadir Has University Department of Economics, with his speech “The political economy of green transition, rising inflation, and stagnation tendencies” on May 25 at 1.30 pm.

The event on Cibali Campus B503 is open to anyone interested.

About the Speaker: Robert Pollin is Distinguished University Professor of Economics and Co-Director of the Political Economy Research Institute (PERI) at the University of Massachusetts-Amherst. He is also the founder and President of PEAR (Pollin Energy and Retrofits), an Amherst, MA-based green energy company operating throughout the United States. His books include The Living Wage: Building a Fair Economy (co-authored 1998); Contours of Descent: U.S. Economic Fractures and the Landscape of Global Austerity (2003); An Employment-Targeted Economic Program for South Africa (co-authored 2007); A Measure of Fairness: The Economics of Living Wages and Minimum Wages in the United States (co-authored 2008), Back to Full Employment (2012), Green Growth (2014), Global Green Growth (2015) and Greening the Global Economy (2015). He has worked as a consultant for the U.S. Department of Energy, the International Labour Organization, the United Nations Industrial Development Organization and numerous non-governmental organizations in several countries and in U.S. states and municipalities on various aspects of building high-employment green economies.  He has also directed projects on employment creation and poverty reduction in sub-Saharan Africa for the United Nations Development Program. He has worked with many U.S. non-governmental organizations on creating living wage statutes at both the statewide and municipal levels, on financial regulatory policies, and on the economics of single-payer health care in the United States. In 2018, he co-authored Economic Analysis of Medicare for All.  Between 2011– 2016, he was a member of the Scientific Advisory Committee of the European Commission project on Financialization, Economy, Society, and Sustainable Development (FESSUD).  He was selected by Foreign Policy magazine as one of the “100 Leading Global Thinkers for 2013.”