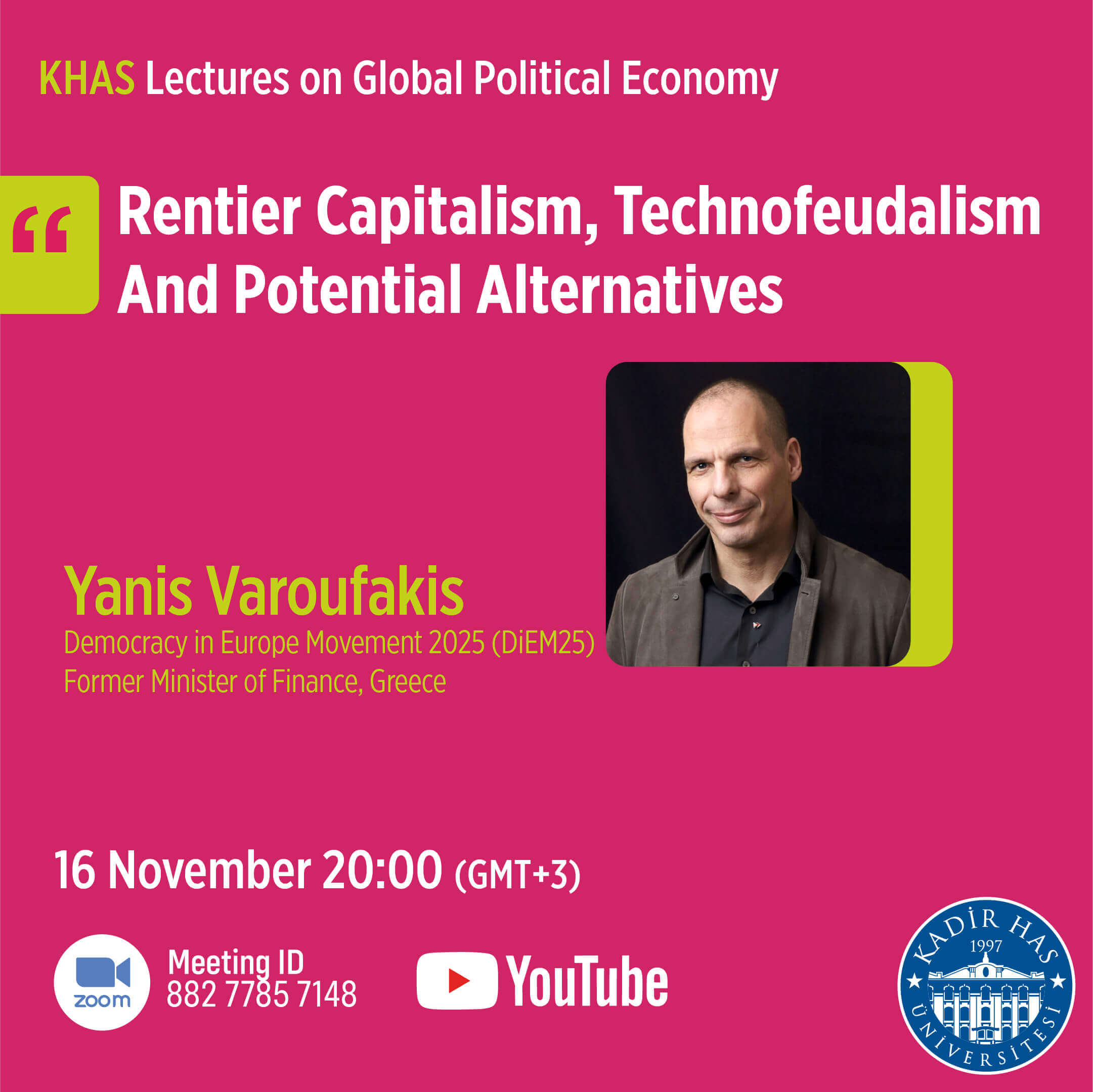 Kadir Has University Department of Economics hosts a new lecture series: “KHAS Lectures on Global Political Economy.” The program investigates developments of the world economy analytically under post-neoliberal globalization. It carries out by internationally prominent scholars who “aim at not only understanding the world but also to change it.” Along the program, topics on the climate crisis and green transition; social exclusion and inequalities based on gender, ethnic origin, and all aspects of social life; global labor markets, and 21st-century global capitalism will be discussed.

The new guest of the series will be Yanis Varoufakis (Democracy in Europe Movement 2025 /DiEM25; Former Minister of Finance, Greece). You can follow Mr. Varoufakis’s speech titled “Rentier Capitalism, Technofeudalism and Potential Alternatives” on Wednesday, November 16 between 20:00-22:00 (GMT) on Zoom and KHAS Youtube channel.

Kadir Has University's website uses cookies to provide an adequate user experience (Cookie Policy). You can view the Informative Text on the PPD Law (KVKK) within the scope of the law on protecting personal data here.
No, ThanksAccept
Manage consent